Recently we had a green energy meter installed at our house, which gauges how much electricity is being used at one time. The idea is to be more energy efficient and be able to see what uses the most energy, so as to cut back and save money.
I was surprised to see that the oven used as much power as our air conditioner! I had never really thought of any cost being involved in using the oven, for some strange reason. Of course with summer coming up, the oven won't be used as much, which should keep the heat down in the house anyway. Do you have a cost efficient oven? It's certainly something to think about. Makes me think twice about keeping mine on for long periods!
Here's a refreshing summer recipe that doesn't require the heat of the oven. It's a combination between a boozy chocolate custard and a mousse--it has a soft bubbly top, custardy centre and is topped with chocolate covered raisins and cream. Delicious! 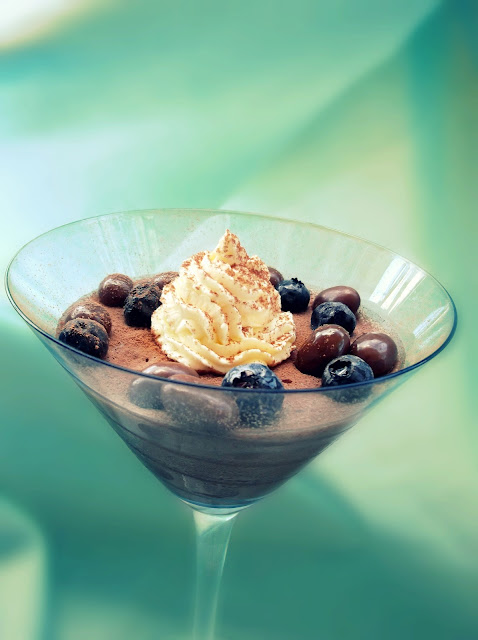 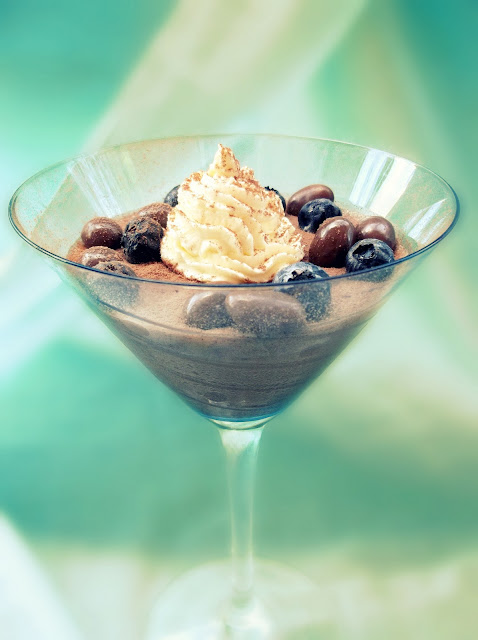 
Dissolve the gelatine in water and leave to cool.
Meanwhile, beat the chilled evaporated milk with an electric beater until thick, like cream. (approximately 2 minutes)
Add the sugar, essence and cooled gelatine, and beat until combined. Mix cocoa powder through the mixture until well combined. Spoon into two dessert glasses.
Cover with plastic and refrigerate until set.
Beat the cream and pipe a design onto the centre of each glass. Decorate with raisins, extra cocoa powder and any preferred berries or chocolate shavings. 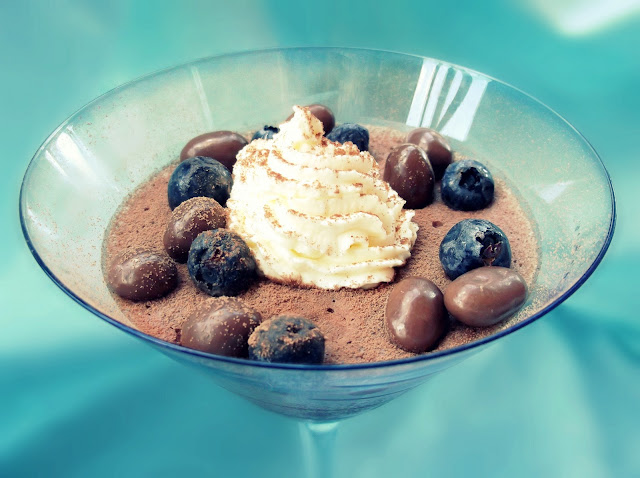