How To Make A Cupcake Bouquet

When Valentine's Day came around this year, I decided to do something my husband wouldn't expect. I wanted to do something romantic and surprising, so I had a look around at florists for one that could deliver a chocolate bouquet to his work.
I found a fabulous one--40 gold Ferrero Rocher's on stems in a fancy box, and they looked like beautiful blooms! So I ordered them, and felt excited the whole of Valentine's day thinking of an embarrassing delivery being made to Luke's office.
My husband emailed me throughout the day and there was no word of anything arriving, and I didn't want to ask for fear of ruining the surprise.
He came home about an hour earlier than usual, and I greeted him at the door as always. "So, did anything interesting happen at work today?" I asked.
The answer was "No, nothing much!"
"No Valentine's day drama?"
"No" he smiled. "Why do you ask?" he then added suspiciously. "did you have something delivered?!"
"No, no what a silly idea" I laughed.
My heart sank to my feet. My attempt to be wonderfully romantic had again failed. *sigh*
"You did order something didn't you!" he asked, colour coming into his cheeks.
I guess my laugh gave it all away and I disappeared out the door with a basket of washing before he could ask me again, and before I told him.
The next day the secretary at my husband's work met him in the elevator. She apologetically told him that a bouquet had arrived for him about half an hour after he left work, and she felt terrible. Ah well...all's well that ends well. At least he got it in the end.
But it got me thinking. How easy would it be to make something like a chocolate bouquet yourself? (for about quarter of the price)
Then when I became a very proud aunty again (for the 9th time) I decided not to take a bunch of flowers...but a bunch of cupcakes. It was surprisingly easy, unique and beautiful. And a little more enjoyable than real blooms--for the stomach anyway! 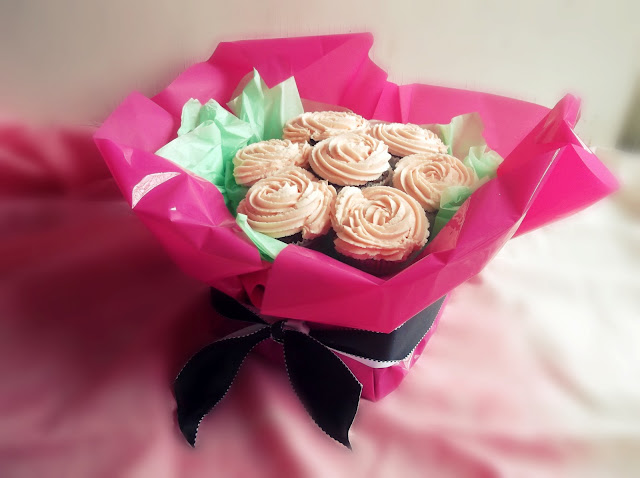 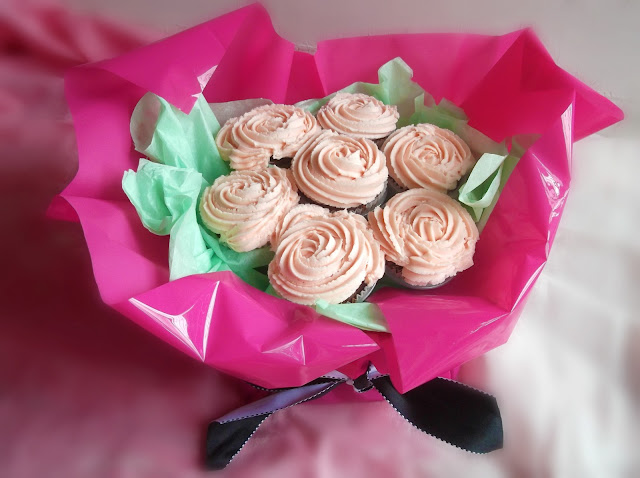 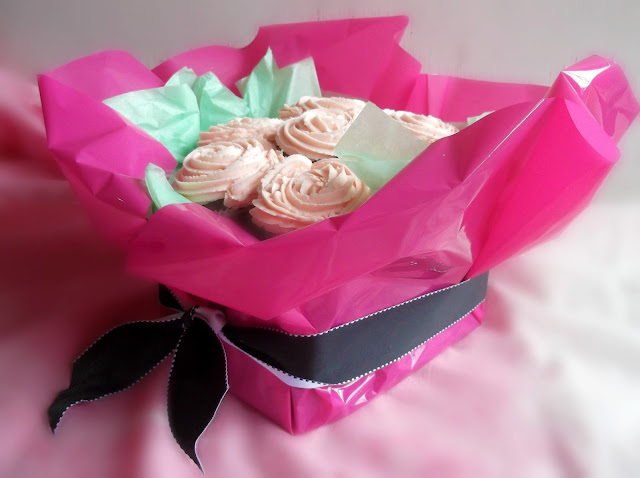 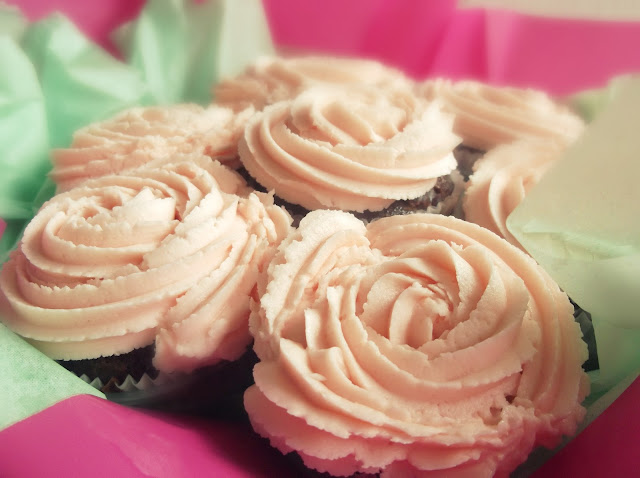 HOW TO MAKE A CUPCAKE BOUQUET

What you will need to get amazing:

1. Take seven disposable plastic cups and arrange as follows: one in the middle and six surrounding the sentre cup. It looks a little like a flower. Staple the cups together so they hold in this position. Some tearing of the plastic may occur, but that's okay as long as they're all holding together.

2. Measure the circumference of the cup collection. Cut out a circle in the cardboard of that size so that the cups sit neatly in the middle without too much of a rim around them.

3. Using craft glue, adhere the cups to the cardboard. Leave to dry.

4. Take the coloured tissue paper and cut as desired. Secrure it around the base of the cups with a rubber band. 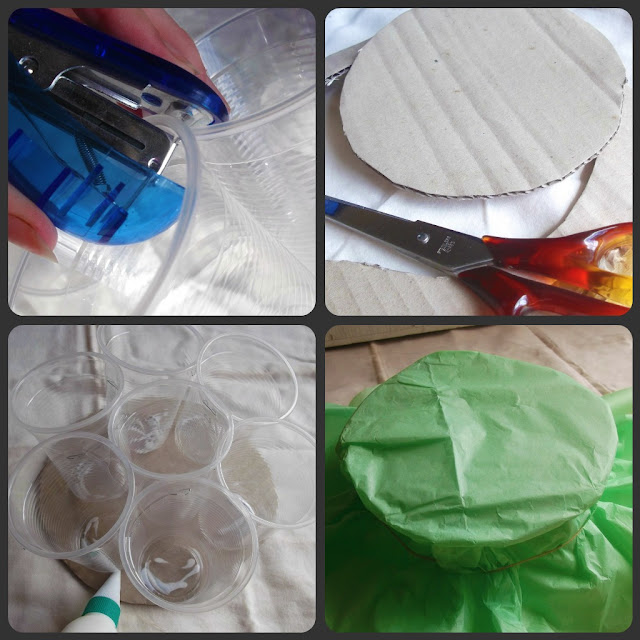 5. Push the cup collection into the gift box (the gift box is optional, you could just tie some ribbon around the outside of the tissue paper if desired)

6. Add another layer of wrapping paper over the gift box for added dimension and colour and tie with a bow.

7. Now you are ready to fill your bouquet case! Make your favourite cupcakes and swirl them with soft butter cream icing in the design of a rose. For an example recipe, see below under "NOTES". 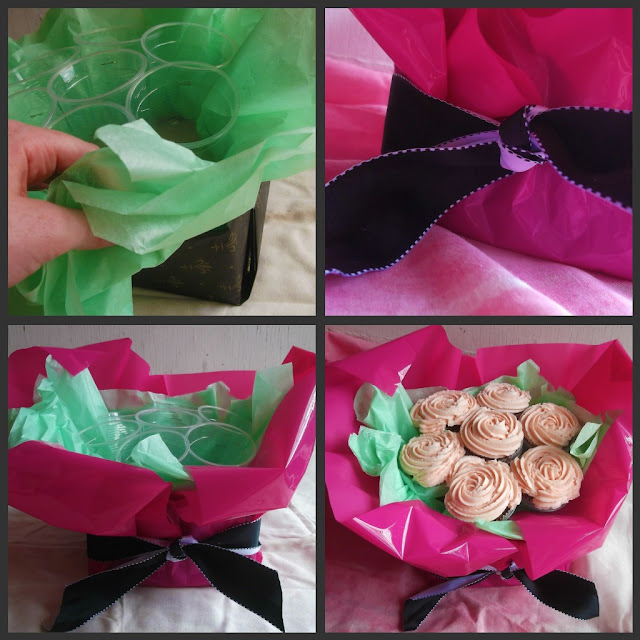 NOTES: The cupcake recipe I used was for these delicious Mini Chocolate Fudge Cupcakes in a more regular size. The icing was vanilla buttercream with a touch of pink food colouring.
Be sure to choose cupcake liners that will fit into the cups properly. I used a size of cup slightly smaller than your standard disposable cup, and the liner that fitted it was slightly smaller than the standard also. You can find all different sizes in your local super marker or at a party supplier.