Red velvet cake has often piqued my curiosity. What could it possibly taste like? There's never enough cocoa powder in the recipe to make it taste like chocolate, and never enough vanilla to make it taste like vanilla...so does it taste like vanilla and a little milk chocolate?
You have to personally experience it to really know. Unlike the intense colour, the flavour is delicate and is only enhanced by the texture and by what accompanies it, and that brings on a real deep sigh of satisfaction. Cream cheese does it for me. The combination is a match made in heaven, and could send you to hell (for gluttony). You often see these two teamed up as cake and cream cheese icing. How about a slab of red velvet cheesecake brownie?
Personally the whole red velvet flavour on its lonesome doesn't faze me, but I appreciate it for its visual beauty and wow-factor. I'd prefer it to taste a little more chocolatey. So if your tastes match mine, you can always add more cocoa powder than stated in the recipe, and a little less flour to balance the addition. 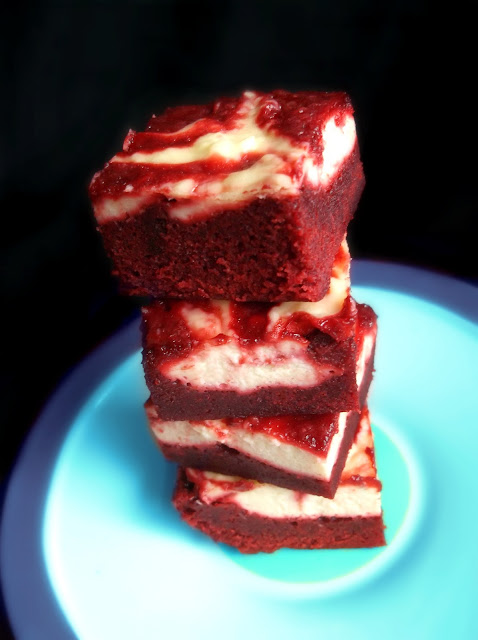 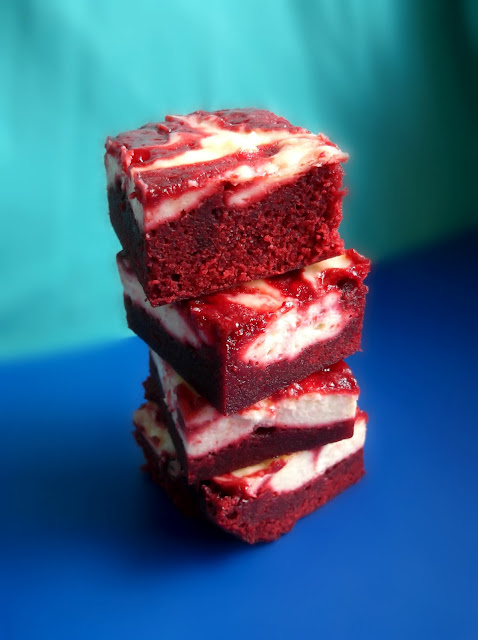 Preheat the oven at 180C. Grease and line a 20x20cm dish.
To make the brownie layer, place melted butter in a bowl with sugar, vanilla essence and cocoa powder and salt. Stir thoroughly to combine; add the food colouring and vinegar and stir again to incorporate. Whisk in the eggs. Gently fold in the flour.
Pour the mixture into the prepared dish, reserving 1/4 of a cup of this batter for the swirling effect.
In a small bowl, combine cream cheese, sugar, egg and vanilla to make the topping. Smooth this cream cheese mixture over the top of the brownie batter. Randomly drop teaspoons of the reserved brownie batter on top of the cream cheese layer. Using the end of a knife, or a skewer, pull the red through the white layer to create a swirl effect. Place in the oven for approximately 30 minutes. Let the cooked brownie cool in the pan before removing to complete the cooling process on a rack before cutting into squares. 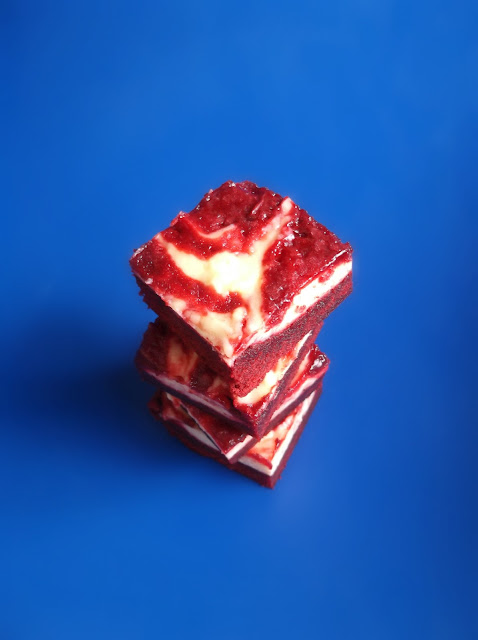